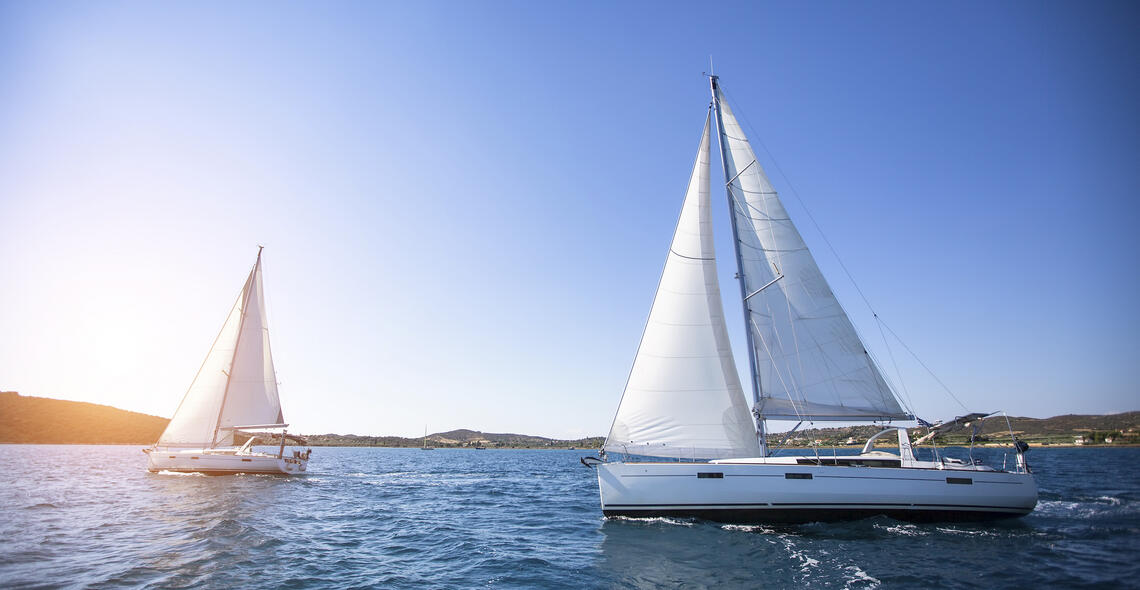 Why do sailors shout “Polundra!” And what “benda” is

The beginning of the Greek season very soon, we are shifting from foot to foot in anticipation and do not forget to tell you about the magical world of yachting.

Today we have a non-standard issue - we’ll dive a little into yacht terminology and tell you a couple of stories, which, by the way, will be great at the anchorage somewhere near Poros during dinner at sunset with dry white wine. Let's go!

Let's start with the most requested information and answer the question that torments the minds of millions - why the ship’s bell is called the “bell”. Seriously, we asked him on Facebook and Instagram so many times that we decided to answer him first.

In order to put all the dots above E, I would like to emphasize that most often the question contains an error, since the “bell” is not a “ship’s bell”. Rynda is, in fact, the designation of the midday ringing, which had a constant, recognizable sequence and frequency of hammer strikes on the bell.

According to encyclopedias, the English began to use the bell on ships for the first time from the XV-XVI centuries. At first, in this way they drove evil spirits, but then they adapted it for more practical things - they sounded the bell with poor visibility, during a disaster, anxiety or denoting equal periods of time - watches. Does the sound of the “bell” sound? So noon, it's time to change the watch. Then, at certain intervals, the rhythm with the number of beats changed, until the “velinda” sounded again.

Today, the ship’s bell is increasingly identified with the bell, and the word has firmly established itself in everyday life, so don’t be surprised if you hear somewhere inappropriate use - this is how to put on / put on - is ineradicable.

The etymology of the origin of the "march" is amusing. After the know-how of the British, the way to beep using a very simple accessory migrated to the fleet in other countries. Rumor has it that as early as the beginning of the 17th century, the bell appeared in the latitudes closer to us. Here they spoke not quite in English, because, as the well-known aunt from YouTube rightly noted, the jaw is not so arranged :)) In general, instead of the English command “Ring the bell!” The sailors quickly did “Rundu beat!”, Tried it out by ear and rooted her in the fleet. It is possible to make a logical conclusion that the “bell” is nothing but a distorted borrowed expression from another language.

By the way, here's an interesting fact - the sailor who died on the ship was revered by eight strokes of the ship’s bell, meaning “the end of the watch”. In English, the phrase “Eight Bells” (eight bells) also appeared, which is used as an “obituary” phraseological unit.

On modern yachts, the ship’s bell is already less common and serves more for decorative purposes, paying tribute to traditions. Watches are changed by timers, and in case of need to make some noise, each ship is equipped with modern warning systems.

The next item from the marine library - "Polundra!"

You all have heard this word hundreds of times and, for sure, know perfectly well what it means. This is a cry for attracting attention. It appeared, traditionally borrowed from the Dutch language, and is an adapted val onder - “fall down”. Initially, such a routine of sounds in a scream should have warned precisely those standing below that something was flying over their heads, and if they did not see the danger approaching with the acceleration of free fall, there would be a wavka.

Gradually, the meaning of the cry expanded, and "Polundraaa!" Did not shout only lazy - drunk pirates, sober military and even heroes of films, going to the attack.

Of course, there is a second version of the word, supposedly, this is the English “fall under”, which means roughly the same thing, but, according to various sources, it has not been used before or now. At this time, firefighters and sailors in the English-speaking regions use a slightly different formulation aimed at attracting the attention of those who are below - “Stand from under!”

Well, for today, perhaps, we'll finish with “ABC” - information needs to be received gradually)) We hope that new knowledge will be useful to you, and yachting will be a little closer and a bit more familiar.