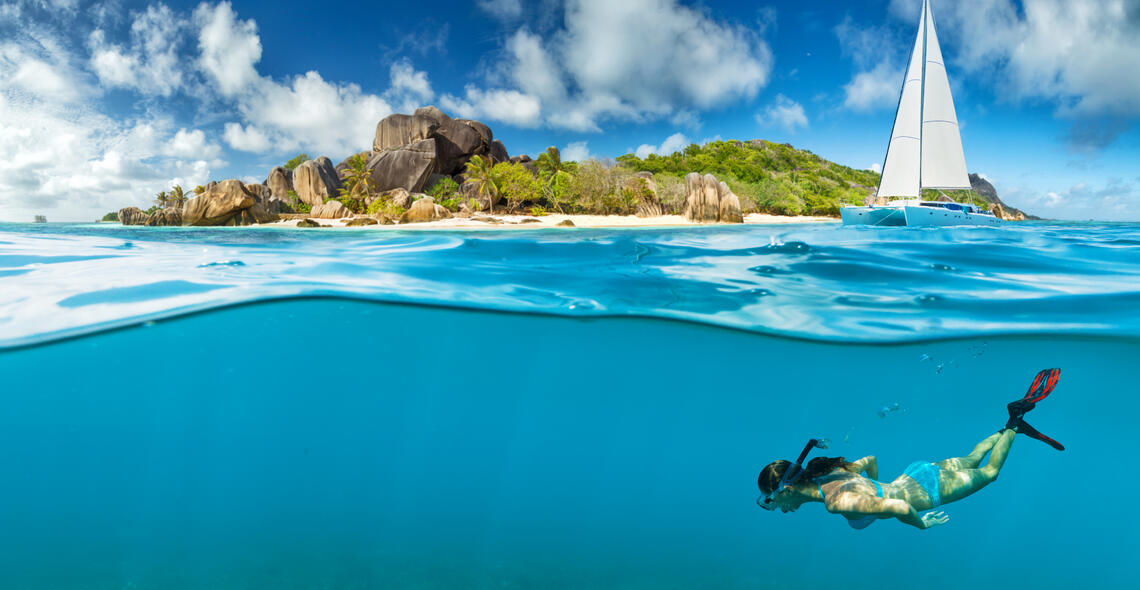 Eco-friendly water transport: is it possible?

Thanks to the best minds of the planet today, we have the opportunity to hope for a very bright future. Renewable energy sources migrated from the pages of science fiction novels to life, passenger and cargo electric cars are gaining more and more popularity, it becomes fashionable to lead a healthy lifestyle, take care of nature and take care of the planet. Eco-friendly and rational approach is gaining not only the dry part of the territory of our planet - in the seas and oceans things are also improving.

For example, not so long ago we wrote about whole floating cities, the construction of which is realized by the organization Seasteading Institute in the waters of French Polynesia. The project, led by ambitious Joe Quirque, promises to conduct a study of the economic impact of the floating city on the lives of indigenous people, prepare an environmental report and an integration plan to prove the positive impact of the new type of settlement on the environment.

Of course, it is logical to assume that over time, all transport, whether passenger or cargo, will go into electric traction. The planes promise to launch in a year or two - projects in development and at the testing stage, all search engines are filled with relevant information. Of course, progress will also affect maritime transport - initiatives already exist and are being successfully implemented.

Fortunately, many people strive to correct the damage to the aquatic environment: China, Denmark, Sweden, the Netherlands, Norway. The latter decided to lift the bar altogether and came to the finish line with the idea of ​​selling not just an electric propulsion vessel, but a UAV container carrier. This year, "Yara Birkeland" - the so-called this miracle of technology - will be lowered into the water and will spend some time under the strict guidance of the crew. Next year, the transition to remote control is planned, and by 2020, the electric bar will become fully autonomous.

The construction of such a vessel costs about three times more than usual, but, according to experts, its use will replace forty thousand trucks that run between Porsgrunn and the port of Larvik. 40,000 trucks that do not pollute the atmosphere with emissions are plenty. This is a lot. And, of course, it is worth it to fork out for a more expensive, but eco-friendly type of sea transport.

Not far from Norway and beautiful Netherlands. There, in the Port-Liner company, they are building two electric container barges, which, of course, were immediately dubbed “Tesla ships”. The company's management promises that this fall, electric barges will begin to ply on routes connecting the ports of Amsterdam, Antwerp and Rotterdam. Port-Liner CEO Ton van Megen claims that two such barges will remove 23,000 trucks from neighboring roads, which, you see, is not enough.

Whether we like it or not, an era is coming, in which the world is divided into those dependent on the oil industry and electricity. It's great that there is a sail, thanks to which you can see the whole world without using electricity or oil. This is what gives an incredible sense of freedom.