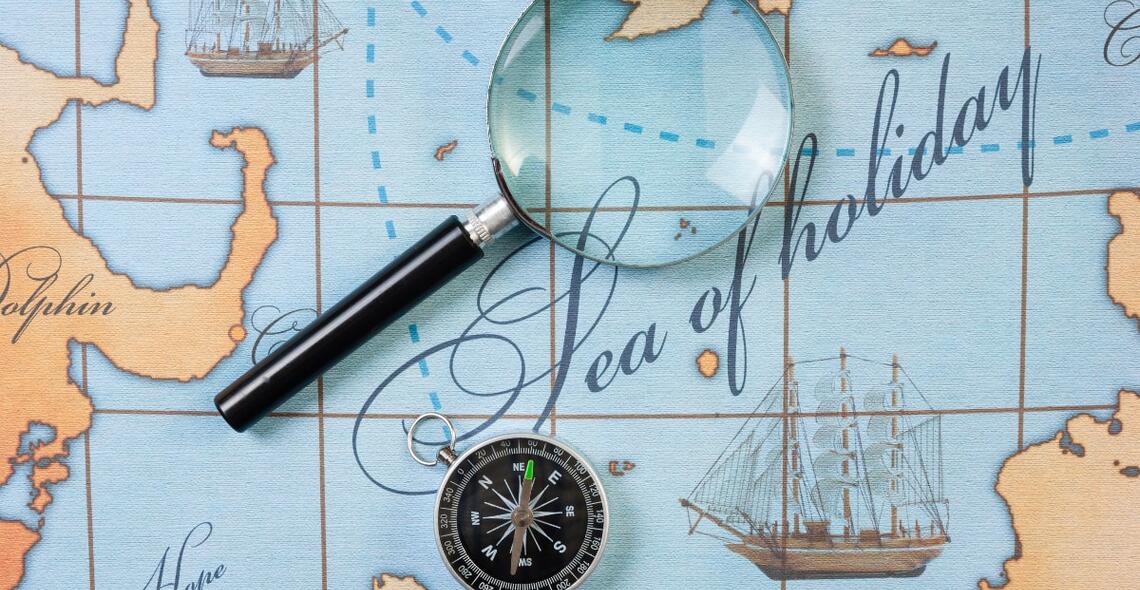 About the seas, ships and pirates

Lead your ship through the wind and splashes, firmly hold the steering wheel in your hands and give instructions to the crew with excitement - isn’t an ideal life, is it? This conclusion has come a huge number of people ever since, as the seas and oceans began to plow swimming means of various shapes, sizes and even colors.

The sea called many people to long journeys, to unknown shores. But the truth is, every day - new countries, new people, new food, culture, traditions. The landscape is constantly changing, sunsets, sunrises, a warm breeze in the face, fresh fish for dinner, endless sky with a billion stars - a solid romance. It might seem, but no.

Let's not forget that now navigation has become a much less risky occupation - there are almost no pirates, the boats are equipped with navigation devices with maps in which the shore pattern corresponds to reality. Signal flags, signs and lights appeared on board; at the disposal of the modern skipper - sonar, autopilot and other tools that facilitate life. But what to say, before the storm, the sailors needed only to hold on to something strong and pray to Neptune, Poseidon or someone else, so that the ship would not go to the bottom.

Now the boats are designed so that they can confidently resist the elements. But even if an emergency occurs - a distress signal is likely to receive such a number of ships, helicopters, coast stations and other possible rescuers, that you will need to try again so that they all cannot help. In general, navigation has become a much more accessible form of movement, and then, which is logical, and recreation.

Yes, before everything was much more difficult, it is difficult to argue with that. Only the pirates of what they are worth - all the coastal tribes who mastered the paddle and the sail, probably, did it. Some were, say, latent pirates - they took away part of the goods or money in a voluntary-compulsory manner, introducing something similar to a transit fee.

For example, the town of Tarifa near Gibraltar was known for the fact that here the Arabs levied a fee on all ships passing through the strait, according to the quality and quantity of the cargo. Imagine, they even invented special tables, according to which they shipped to someone else's property. These fees were so ingrained and became everyday that tables for charging fees began to be applied in other countries, and the word “tariff” acquired the meaning that is customary to us today.

Unlike latent pirates, open or, as they say, explicit, behaved much worse: they killed, burned, destroyed, robbed and brought headaches to the entire merchant fleet. It is quite logical that the latter were not holy - for a long time the line between the merchant and the pirate was very, very blurred: people traded only where they lacked the strength or ingenuity to rob and capture. Particularly in this respect, the legendary Phoenicians, who terrified not only mariners, but also ordinary inhabitants of coastal settlements, prospered.

Long before our era, piracy became such a strain on society that, appealing to the development of trade and legal ties, the peoples identified this bandit trade as one of the most serious crimes and jointly tried to fight it. It turned out, frankly, with varying success. And how? The image of the pirate was so romanticized that the children did not want to sell ice cream, but to rob the ships and send their crews to feed the fish. Rum, gold, women - what boy will stand?

In general, piracy flourished. Once, even young Caesar was captured by them. Legends say that the pirates asked for his head 620 kg of silver, to which Julius was offended and asked to increase the price tag to at least one and a half tons, they say, six quintals is too small and even almost embarrassing. While the couriers were collecting ransom, Caesar managed to gain credibility with the robbers, wrote poems, played dice with them and took part in competitions. All this time, Guy warned that his relations with the invaders were clearly not friendly, and each pirate would be hurt as soon as Julius was released.

So, in general, it turned out. The ransom was brought, Caesar returned home, assembled a small fleet, returned to the island where he was held, executed everyone he managed to catch (Farmakonisi island is rather small, so they caught everyone) and even improved their condition a little, because not only did they return the ransom for themselves, and took what the pirates had.

In general, it turned out funny with Caesar. At the same time, life on the big earth was in full swing - the civil wars in ancient Rome successfully turned up for pirates - then even the king of Pontus (isn't this where the roots of “Ponts” come from?) Dionis made an alliance with the Cilician sea robbers, directed against Rome. Reveling in their own power, they managed to attack even Ostia, the Roman port.

All this is so tired of the ancient Romans, that at some point they instructed the commander Gnea Pompey to restore order. He did not think for a long time, took five hundred ships, divided the Mediterranean region into several segments and sent each to a squadron. Rumor has it, the pirates have not yet received such fabulous lyule - their numbers rapidly melted and approached the desired zero in just three months.

Unfortunately, the lull did not last very long: another wave of civil wars, the murder of Caesar, popular unrest - all this was the reason for the revival of piracy. Headed the robbers, who do you think? Pa-bam! Son of Pompey! The one who shortly before this piracy in the Mediterranean Sea eradicated. Head around from these antique "pereobuvaniya on the fly", right?

With the onset of the period of time, which can be described as “our era” - piracy was gaining momentum, then rolling into pieces. One after another, the names and definitions appeared - Berber pirates, liquidelists, corsairs, filibusters, haidus and others. Some of them were outlawed in any country, some - licensed hunters, "titushkami."

Piracy flourished across the globe, from Jamaica to Somalia. The ships became better, stronger, the value of their cargoes increased, the capacity also. Any new ship became more and more tasty morsel for criminals of the most different ways. The Golden Age of Piracy and the Jolly Roger, fluttering in the wind, loomed ahead. Perhaps in the next issues of our column about them and tell. Stay in touch and don't forget to travel! Moreover, there are almost no pirates left.