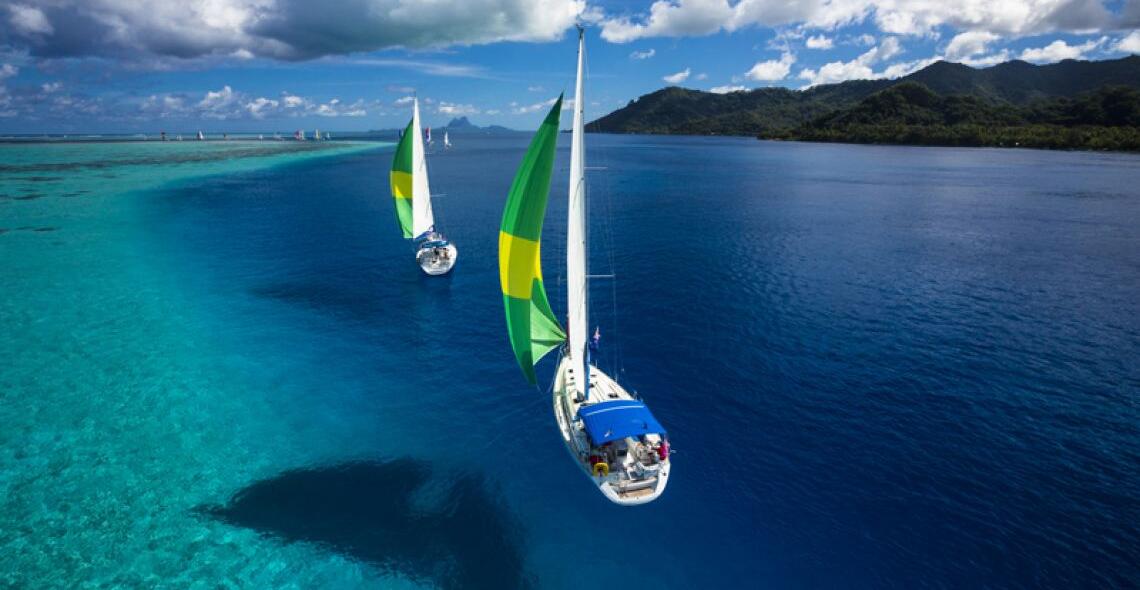 What appeared earlier: paddle or sail

Turning to very, very ancient times and modeling all sorts of situations, one can guess that our oldest ancestor, who grabbed a tree trunk floating on a river, invented both the means and the way to control this tree. Not immediately, of course. First, the trunk evolved into a raft - and then it started.

People at that time often led a nomadic lifestyle and, destroying stocks of plant food and a population of slow-moving animals in the area, collected all their belongings and chapali to look for a new home. They settled most often on the shores - here you will get both fish and wild beasts, and other advantages. It is logical that the raft has become a new milestone in the development of civilization - you can carry more things on it and you don’t need to go anywhere for a few days or months.

There was only one snag - the raft sailed exclusively downstream. Our ancestors quickly got bored and they immediately began to think up how to move in the direction they needed, and not the raft. The options, you see, are lying on the surface: grab the first branch that came along and stick it in the water - here’s your paddle. At the same time and the steering wheel. And take off the saber-toothed skin and hang it up to dry (it just got out of the water, after all) on a piece of a protruding branch - so the sail is ready. In addition, the most quick-witted quickly guessed to arm with a longer thread, which could rest on the bottom and push the raft in the right direction.

What exactly did the newly-made sailor in the first place - to find out, unfortunately, will not work until they invent a time machine. But we don’t need to, because a branch in the water and a skin in the wind ñ even with a stretch, cannot be considered a full-fledged oar or sail. They acquired a modern look even later, when a person dared to reach the big water and could not reach the bottom with a long branch. The feeling of helplessness and animal horror, for sure, made him row to the shore with nothing, including the like of a pole, and his hands, and just a branch, and some other piece of wood.

A piece of piece of wood came up, just what was most welcome - a rowing board appeared. Just a flat piece of wood, part of which can be thrust into the water and transform its energy into the movement of a swimming vehicle.

Over time, it transformed into a more familiar to us kind - shovel. Approximately at the same time, as historians say, the raft, due to its slowness and gravity, began to transform into light, maneuverable dugout boats. And only later, even later, sails appeared.