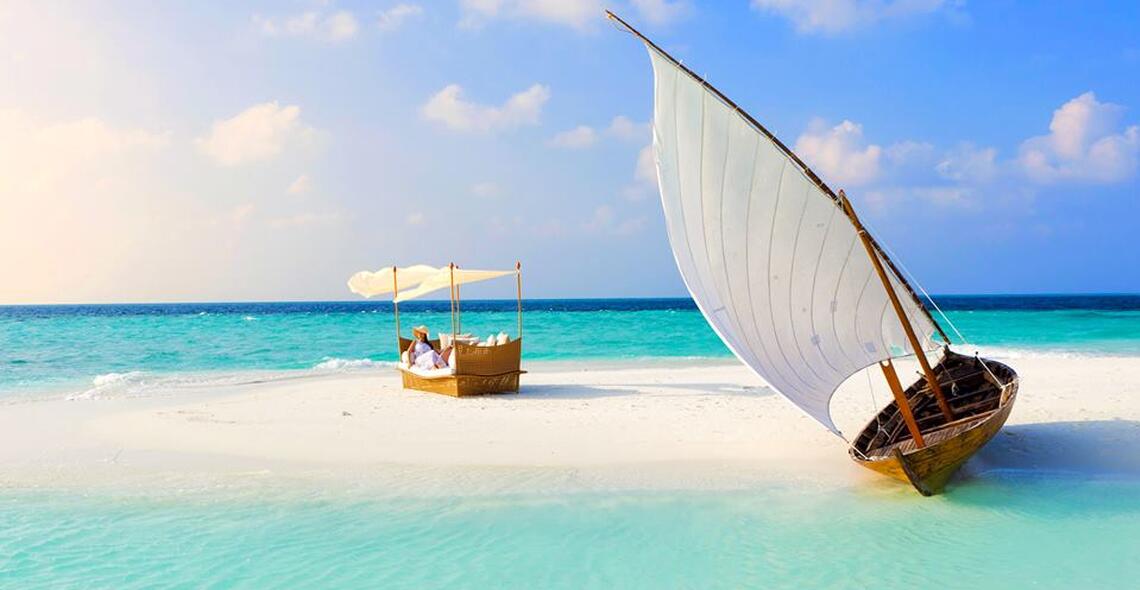 The first "documentary" mentions of the sail came to us from where they did not expect - from Egypt. From the country almost completely devoid of any resources for the construction of ships. There, in the country of the pyramids and the olinklyuziv, a vase, dating back to 3200 BC, was discovered, with the oldest image of a sailing boat created on the banks of the Nile at the present time. Therefore, apparently, if we assume that the sail, as an instrument, appeared about 5-6 thousand years ago - we will not be mistaken much.

The evolution of an ordinary piece of cloth that converts wind energy into translational motion is also quite interesting. Every year from July to November, the Nile burst its banks and spread to an incredible size, cutting off the population from each other. In addition, the river was the main and only artery for many hundreds of kilometers. As you understand, taking into account the above, the Egyptians didn’t just want to swim - they simply couldn’t live without it.

But, since in ancient Egypt, wood was roughly in no way - boats were made of papyrus stems, tied up in bundles and impregnated with resin. The result was a semi-raft, semi-boat. Then they were modernized, collecting them from a variety of curved pieces of acacia. To give the ship the necessary strength - reinforced the board with straight wooden supports and fastened the whole structure with thick ropes.

Of course, such an object could only swim independently downstream. In order to swim against - used the muscular strength of slaves with oars. And if lucky and the wind blew in the right direction - set the sail, strengthening the rigging on the two-legged mast. The sail had a rectangular shape and was located between two horizontal yards. Unfortunately, he could help only with a fair wind. If the wind blew into the side - the boat lay on its side, and all the goods, people and cattle were sent to the forced water procedures.

Much later, when regular trade with the Phoenicians improved and Egypt began to buy Lebanese cedar, large wooden vessels finally floated along the Nile. The use of long boards and technologies of more advanced inhabitants from the Mediterranean, allowed to increase the size of ships, lay the deck and strengthen the hull with transverse beams. The mast has also changed, acquiring a completely modern look. Thanks to the single-barrel mast, sail control has become much easier, and the ships have gained maneuverability, having been able to move not only with the fair, but also with side wind.

But should Egypt be considered the only homeland of the sail? To date, the separation of all sailing ships by type of sailing armament - combinations of masts and types of sails is accepted. In addition, throughout the world there are dozens of types and types of sails, some of which are not found in other parts. What does this mean? Perhaps not only about the rich history of this part of the equipment of swimming equipment.

Even this fact allows a little doubt in the Egyptian origin of the sail and allow other options. For example, such - the first sails appeared not in any one particular place, but, quite possibly, in different parts of the Earth at about the same time. Just an Egyptian vase with a picture was found faster and preserved better.