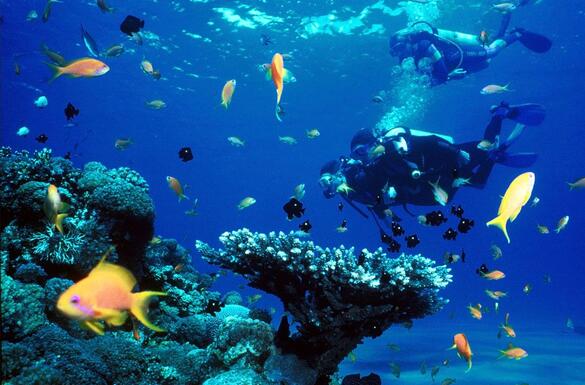 Traveling on a catamaran around the island of Cuba

Attracts tourists from all over the world to such an island country like Cuba, it is already unique in its location - on 4195 islands, washed by the waters of the Caribbean Sea and the Atlantic Ocean. Based on the territorial characteristics of this country, vacation on a yacht in Cuba is in high demand, since it allows you to see all of its most unique places and sights in a short period of time at almost any time of the year. For tourists who go sailing in Cuba, it will not be superfluous to take into account the fact that the islands of Trinidad and Cienfuegos, as well as the archipelagoes of Punta-Frances and Jardines de la Reina, are recognized as the best recreation areas. At the disposal of tourists about a dozen marinas and over 200 bays, equipped for yachts.

Attracts yachting in Cuba tourists and their safety. First of all, due to the tropical trade-wind climate, which is characterized by the presence of two weather seasons. The period from autumn to spring can be called the dry season, and from summer to autumn - rainy. But it is noteworthy that even in the coldest time, the temperature in Cuba does not fall below 22 ° with a plus sign in Celsius. That is why yachting in Cuba is possible all year round, even in the short rainy season, you will fully relax. In addition, yachts are characterized by an increased level of security and staffed by a professional team. In addition, the climate of Cuba is characterized by constant winds and slight ebbs and flows. And the Caribbean Sea, washing this island country, is characterized by the absence of strong currents, which contributes to the rare change of weather and safe swimming.

Attracts yachting in Cuba and the opportunity for a short period of time to visit many exotic places. In particular, visit the unique orchid reserve, crocodile nursery or cigar factory.

As for the ships that provide for yachting in Cuba, it can be both a motor and a sailing ship, equipped with everything necessary for a full and comfortable sea voyage. Depending on the lease term of the vessel, the price for it is formed; the longer the lease term, the lower it is. The average rental period of the yacht is about a week. It should also be noted that the rest on a yacht in Cuba does not have significant differences in terms of convenience and service from the traditional rest on the beach at the hotel. This is due primarily to the developed infrastructure. So almost the entire coast of Cuba is immaculately equipped for mooring, parking and repairing yachts, as well as for a bright and unforgettable pastime for vacationers. But the most important thing for lovers of yachting in Cuba is the opportunity to travel not only on a sailing yacht, but also on a catamaran.

In addition, Cuba is known for its international ports, which regularly hosts various competitions and regattas that attract tourists from all over the world. Only in this island country you can enjoy the views of the transparent azure sea, crystal clear beaches, incendiary Cuban melodies, hospitality and goodwill of the local population.

Going on vacation on a yacht in Cuba, you can not only visit the sights of ancient architecture and culture, but also see the unique sights created by nature itself. The islands of Cuba amaze travelers with the beauty of their landscapes, the rarest plants and animals. Yachting in Cuba will allow you to look into the historic town, where you can still visit the old castle, designed to protect against the attack of enemies. Las Tunas is rightly considered to be the real cultural center of Cuba, where they regularly hold various festivals dedicated to various types of art. Camaguey also attracts travelers, where the historical part of the city is preserved in almost perfect condition. Old Havana is not inferior to this city, the architecture of which is dominated by the colonial style. Another distinctive feature of this town is an almost impossible combination of ancient culture and modern dynamic rhythm of life. But it is Old Havana that is an example of the coexistence of several cultures and eras at once, and this amazes and delights at the same time.

However, this is not the most attractive for tourists. Going on vacation on a yacht in Cuba, you will have the opportunity not only to appreciate the beauty of the beaches, which are among the top three in the world, but also to stay in the corner of the beach line that you like most. Using the services of yachting, you can independently adjust how much time to spend on the shore, and how much at sea. So, you can enjoy plenty of peace, tranquility, cleanliness and chic landscapes of the island you like. In addition, the Varadero beach line will surprise sea travelers with the presence of karst caves.

Along the entire coast of Cuba stretches a whole network of corals, approximately 3000 km, which attracts diving enthusiasts from around the world. Indeed, only in Cuba you can see the most exotic representatives of the marine fauna, ranging from a few hundred fish to tens of thousands of crustaceans. It is noteworthy that not only experienced tourists, but also beginners will be able to go diving. As a rule, the team of the yacht has a diving instructor who will help you learn everything you need and, in consequence, appreciate the fascinating underwater world of the Caribbean Sea and coral coastal reefs. The Cuban golf courses have also gained world fame; most international competitions in this sport are held on Freedom Island.

If you wish, you can alternate yachting in Cuba with small walks, which are held in special nature reserves, which number about 300 throughout the country. Holidays on a yacht in Cuba will give you not only a lot of bright unforgettable impressions, but also help to improve your health, establish emotional balance, enjoying the underwater beauty, unique untouched nature.

If you did not pick up a trip for the right time, place or number of people - we are ready to create you a unique journey that you will remember for a lifetime.